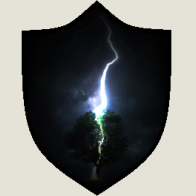 Independence Colosseum/UPDATE 4: BACK ON TRACK

By Slickshot, November 10, 2013 in Independence