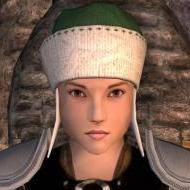 QoL - It's not you it's us - material Quality NOT skill.

By Muse, May 19 in Suggestions & Ideas