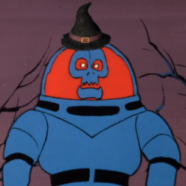 By Beastwolf, Thursday at 04:57 PM in Suggestions & Ideas