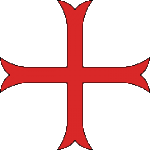 If a wagon can fit in a ship, so can a rowboat

By Nomadikhan, Tuesday at 08:29 PM in Suggestions & Ideas