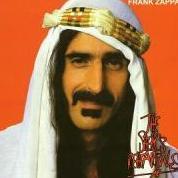 Join the Freedom Isles - Is it time?

By LumpyGravy, June 11 in Town Square