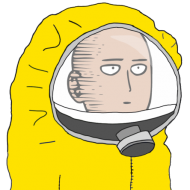 Are damage and decay strong enough to sustain a healthy economy?

By BDCKoolaid, May 7 in Town Square