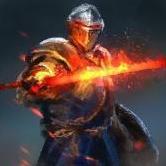 Odds and sods, bits and bobs