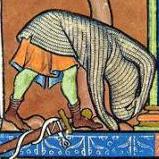 By MinorArchitect, February 9, 2020 in Model and Sound Bugs