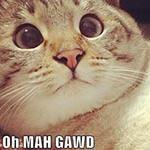 Nine things that blew my mind