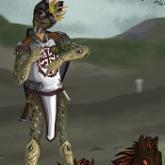 Improvements to Locate Soul and Nolo