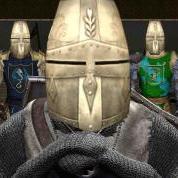 The Crusaders - A New PMK on Chaos [UPDATED]