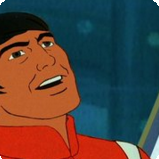 Globalize CA Help Across All Servers/Kingdoms