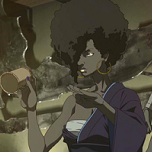 By realedazed, September 8, 2015 in Community Assistance