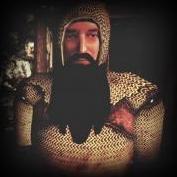 Sound seems to be echoing