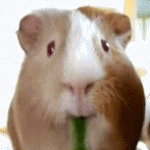 By Audrel, December 21, 2014 in Community Assistance